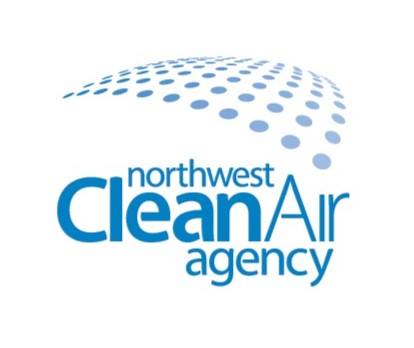 The agency’s formation followed the passage in 1967 of the Washington Clean Air Act, which states: “It is declared to be the public policy to preserve, protect, and enhance the air quality for current and future generations. Air is an essential resource that must be protected from harmful levels of pollution. Improving air quality is a matter of statewide concern and is in the public interest.”

Northwest Clean Air works with more than 500 registered sources of industrial air emissions, plus individuals, on a variety of air quality issues.

A seven-member Board of Directors oversees the Northwest Clean Air Agency. The board includes representatives of Island, Skagit, and Whatcom counties; those counties’ three largest cities (Bellingham, Mount Vernon, and Oak Harbor); and an at-large member.

The agency also has an Advisory Council made up of local experts in public health, air pollution control, chemistry, meteorology, and other related disciplines, as well as representatives of industry and the environmental community.